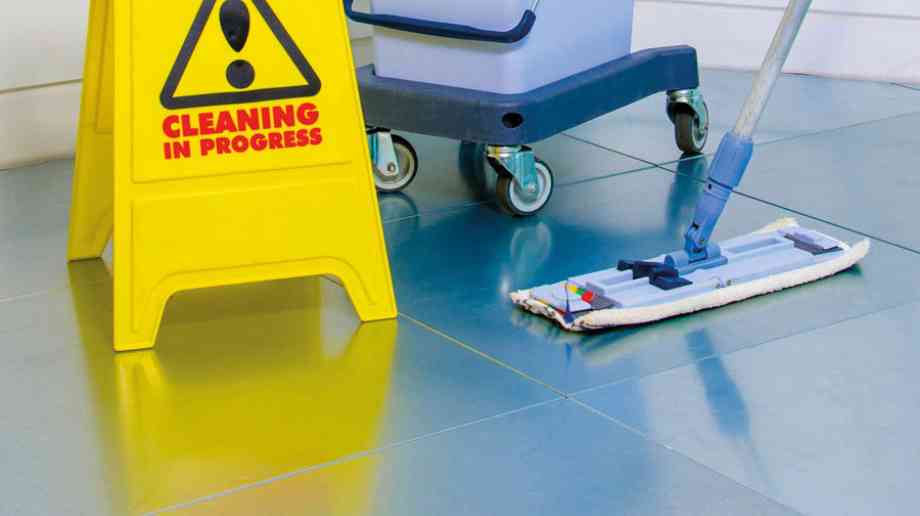 Regular cleaning plays a vital role in limiting the transmission of COVID-19.

As we move into different tiered systems around the uk, looking at our cleaning services has never been so important! Are your cleaners working to the correct standards to ensure the building is cleaned effectively?

As a professional cleaning contractor, Easy Clean manages all aspects of cleaning requirements on your site, our cleaning teams are trained to carry out the government recommended cleaning processes as well as to work in a fashion that ensures safe distancing at all times, whilst maintaining a thoroughly cleaned building. Cleaning audits are regularly completed to ensure that standards are being fully maintained. Easy Clean provide monitored cleaning services to over 65 local schools who have already outsourced this vital service!

Our team can add support or take control of the current regulations of frequently touched surfaces and particularly  by increasing  the frequency of cleaning, paying attention to all surfaces but especially ones that are touched more frequently, such as door handles, light switches, work surfaces, remote controls and electronic devices and particularly important in bathrooms and communal kitchens.

Stay safe from the Coronavirus

A coronavirus is a type of virus. As a group, coronaviruses are common across the world. Typical symptoms of coronavirus include fever and a cough that may progress to a severe pneumonia causing shortness of breath and breathing difficulties.

Generally, coronavirus can cause more severe symptoms in people with weakened immune systems, older people, and those with long-term conditions like diabetes, cancer and chronic lung disease.

Wuhan novel coronavirus (WN-CoV) is a new strain of coronavirus first identified in Wuhan City, China. WN-CoV is a new respiratory illness that has not previously been seen in humans, it is not known exactly how the virus spreads from person to person, but similar viruses spread by cough droplets.

While the risk to the UK population remains low, this is a highly precautionary measure to limit the potential spread of infection.

Advice for travellers for Wuhan

If you have returned from Wuhan in the last 14 days: • stay indoors and avoid contact with other people as you would with other flu viruses • call NHS 111 to inform them of your recent travel to the city If you are in Northern Ireland, call your GP. Please follow this advice even if you do not have symptoms of the virus.

If you develop symptoms

If you develop a fever, cough, runny nose, sore throat or difficulty breathing, you should continue to follow the advice above. Please do not leave your home until you have been given advice by a clinician.

WHO’s standard recommendations for the general public to reduce exposure to and transmission of a range of illnesses are as follows, which include hand and respiratory hygiene, and safe food practices:

The deadly virus has now made its way to the UK; two people, a University of York student and one of their relatives, became the first people to test positive for the new strain in the UK and are being treated at a specialist unit in Newcastle.

Staying safe and taking all the steps to prevent and control the virus is now more important than ever.

If you require any further advice or assistance, please do not hesitate to contact us at Easy Clean Contractors Ltd

How to clean educational establishments where there were children, students or staff with suspected cases of COVID-19

Coronavirus symptoms are similar to a flu-like illness and include cough, fever, or shortness of breath. Once symptomatic, all surfaces that the suspected case has come into contact with must be cleaned using disposable cloths and household detergents, according to current recommended workplace legislation and practice.

Public areas where a symptomatic individual has passed through and spent minimal time in (such as corridors) but which are not visibly contaminated with body fluids do not need to be specially cleaned and disinfected. If a person becomes ill in a shared space, these should be cleaned as detailed above.

Windows to be opened and the air conditioning switched off, until it has been cleaned with detergent and disinfectant. Once this process has been completed, the room can be put back in use immediately.

The responsible person undertaking the cleaning with detergent and disinfectant should be familiar with these processes and procedures:

Use disposable cloths or paper roll or disposable mop heads, to clean and disinfect all hard surfaces or floor or chairs or door handles, equipment or sanitary fittings in the room, following the below:

On leaving the area

A deep cleaning service can be provided at any schools request.

Please contact lindseyritchie@easyclean-contractors.co.uk for further information and a quotation.

Over six years ago a decision to outsource our cleaning requirement was taken. Easy Clean was selected based on the response and quality of one piece of work to clean the school after the installation of a new heating system left all classrooms and equipment covered in brick dust. The completion of this item of work showed the quality of the service provided by the company, combined with a competitive tender and led the school to take on their services to carry out the regular daily cleaning .

During this period the cleaning has been of the highest standard and is completed without any effort from school staff. Work is always well supervised and regular quality checks are undertaken both by the in house team supervisor and by the Easy Clean management team. Any issues that have arisen; and these have been few and far between, are always swiftly and competently dealt with immediately.

Easy Clean now provides for all of the school’s cleaning requirements, including facade cleaning, window cleaning, one off summer deep cleans, including carpet cleaning and machine floor scrubbing and the supply of all required cleaning materials and equipment. Suffice to say that the school no longer has to expend any effort in the management or supervision of the day to day cleaning regime.

Easy Clean promise an excellent result, which they then go to great lengths to maintain. The main benefit for the school is that you are releasing your cleaning department to a company, who is professionally qualified to advise and supply you with the best overall package, which provides a value for money, quality, cleaning solution . You can expect a high level of delivery, quality, and uniformity with Easy Cleans’ service. Alongside this, every issue surrounding this department becomes Easy Cleans responsibility. This includes any staffing issues, absences, the standard of cleaning, the procurement of products and supplies and the organisation of the whole operation. With someone else taking responsibility for all of these tasks, we can focus our efforts and the savings we have made elsewhere.

A thriving Peterborough company is cleaning up in the face of the financial squeeze that has gripped the economy.

Bosses of EasyClean have just announced a move from Fletton to prestigious new premises in Yaxley.

The move to Osprey Way, on the Eagle Park Business Park, caps a terrific year for the firm.

The firm, which employs 170 people, managed to secure the contract to clean the cable cars on the system over the Thames set up for the Olympics.

EasyClean had outgrown its old premises based in Fletton due to significant expansion over recent years, despite the severe recession.

The firm has moved into a new 4,000 sq.ft, stand-alone premises.

The premises were purpose-built to its own specification and includes ground and first floor large offices and warehouse storage with secure parking.

Lee Rudd, managing director, said: “We are delighted at the move which is as a result of the award of a number of significant contracts locally and across the region, including London.”

Mr Rudd added: “We were excited to be involved in the Olympics which included the award of the contract for the daily cleaning of the new cable car which crosses the Thames by the O2 Arena.

Commercial manager Lindsey Ritchie said: “The business growth would not be possible without the commitment and professionalism of our workforce.

EasyClean targets small and large businesses, from offices requiring two hours of cleaning per day to large hospitals and universities.

* The firm’s expansion comes as new figures show the number of people claiming Job Seeker’s Allowance in Peterborough has fallen for the second month in a row.

Peterborough’s claimant count fell by 200 during December to 5,721.